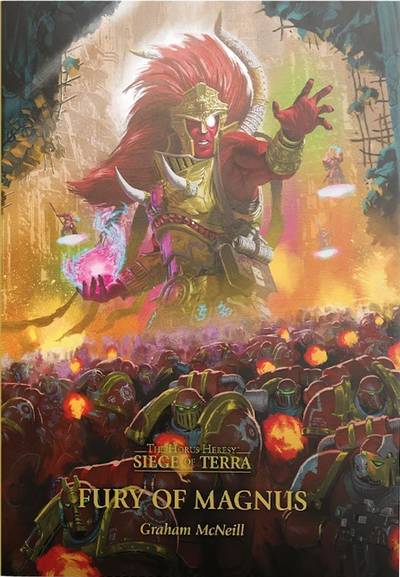 The Fury Of Magnus

Of all the Emperor's sons who fell to Chaos, it is perhaps Magnus the Red whose tale is the most tragic. Sanctioned because of his desire for knowledge, chastised, judged, and shattered to his very elements — there is much for the Crimson King to feel vengeful for. Yet revenge is not the only thing that draws him to Terra alongside the Warmaster's besieging armies.

He seeks something, a fragment, the missing piece of himself that lies within the most impregnable place on the plane t- the inner sanctum of the Imperial Palace. As the greatest conflict of the ages reaches fever pitch, Magnus fights his own inner battle.

To be whole once more, he must not only overcome the fiercest of defences, but also face the one being whom he loves and hates with equal fervour more than any other — his errant father, the Emperor of Mankind.