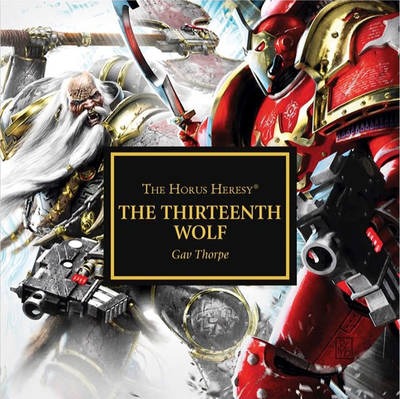 For more than two hundred years, the armies of the Emperor of Mankind fought to reconquer the galaxy — led by the superhuman primarchs, the Space Marine Legions brought countless worlds back under the rule of ancient Terra. Now Horus, once honoured Warmaster and favoured son of the Emperor, has been corrupted by the whispered promises of Chaos. At his command the Imperium is torn apart by a terrible and bloody civil war, the likes of which the galaxy has never seen... At the Emperor's command were the Wolves of Russ unleashed, but it is by the will of Horus alone that Prospero now burns. The VIth Legion have stormed the world of Magnus the Red, with venerable warriors of the Thirteenth Great Company always to be found where the fighting is at its most bloody, seeking to write their own names into the sagas of Fenris. But the Thousand Sons are far from defeated, and their foul sorcery may yet be the doom of all, deep within the maddening heart of the Portal Maze.