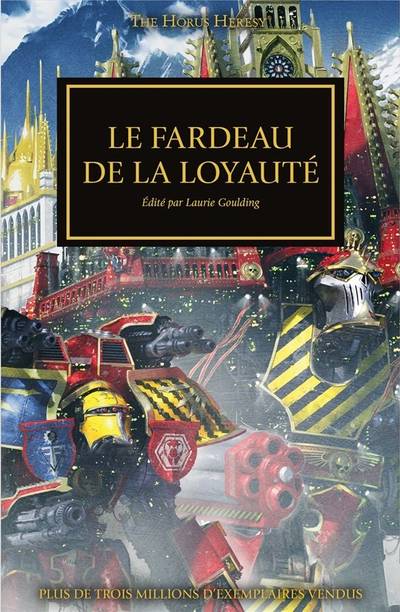 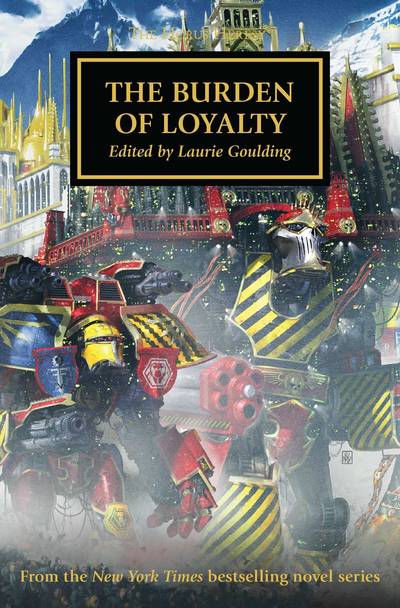 When the traitorous allies of Horus and Kelbor-Hal seized Mars, they sent elite hunters to apprehend key targets and ensure that any loyal resistance would fail. One such target was the legendary technoarchaeologist Arkhan Land, the discoverer of many lost treasures and curiosities from mankind's Golden Age — and the Imperial Fists cannot allow such a valuable mind to fall into the hands of the enemy. Does Land have good reason to fear his apparent saviours?

The webway – a bizarre alien landscape created by the eldar in ages long past; a network of otherworldly tunnels that burrow through time and space. When the wards protecting the webway are accidentally breached by the primarch Magnus, hordes of daemons are able to exploit this weakness to attack the heart of Terra directly. While the Emperor himself tries to hold the wards in place, a desperate battle takes place in the webway itself – a battle that requires very special combatants – among them the Psi-Titan Borealis Thoon.

Young Oberdeii and Tebecai, Scouts of the Ultramarines 199th Company, descend into the depths beneath Mount Pharos in search of a dark truth... though it may haunt them for all time.

Soon after word reached Terra of Horus’s nascent rebellion, Mars fell. Rogue elements within the Mechanicum priesthood, stirred by the Warmaster’s promises of independence and prosperity, turned against the Imperium and forced the primarch Rogal Dorn to order an impenetrable blockade of the Red Planet. Now it has become clear that the corruption has spread too deep, and that more drastic measures must be taken if the Forge World Principal is to be reclaimed. Calling upon the expertise of those who witnessed the so-called ‘Death of Innocence’ firsthand, Lord Dorn and Malcador the Sigillite consider their final solution – the complete extermination of all life on Mars.

For more than two hundred years, the armies of the Emperor of Mankind fought to reconquer the galaxy — led by the superhuman primarchs, the Space Marine Legions brought countless worlds back under the rule of ancient Terra. Now Horus, once honoured Warmaster and favoured son of the Emperor, has been corrupted by the whispered promises of Chaos. At his command the Imperium is torn apart by a terrible and bloody civil war, the likes of which the galaxy has never seen... At the Emperor's command were the Wolves of Russ unleashed, but it is by the will of Horus alone that Prospero now burns. The VIth Legion have stormed the world of Magnus the Red, with venerable warriors of the Thirteenth Great Company always to be found where the fighting is at its most bloody, seeking to write their own names into the sagas of Fenris. But the Thousand Sons are far from defeated, and their foul sorcery may yet be the doom of all, deep within the maddening heart of the Portal Maze.

The Space Wolves were set upon by the forces of the Alpha Legion before they had even recovered from the Razing of Prospero – hounded to the edge of the Alaxxes Nebula, in desperation Leman Russ called out to his primarch brothers for aid. None came. Now, with their fleet stranded and supplies dwindling, the warriors of the Rout face almost certain death amidst the rust-red clouds of the nebula. But what a glorious end it shall be, worthy of the sagas of old, and Alpharius’s sons will soon learn that a cornered wolf is always the most deadly...