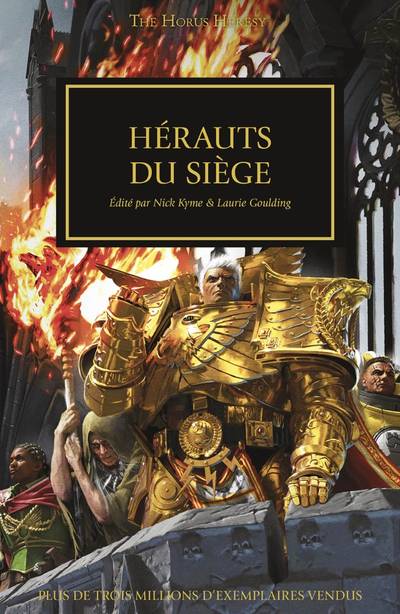 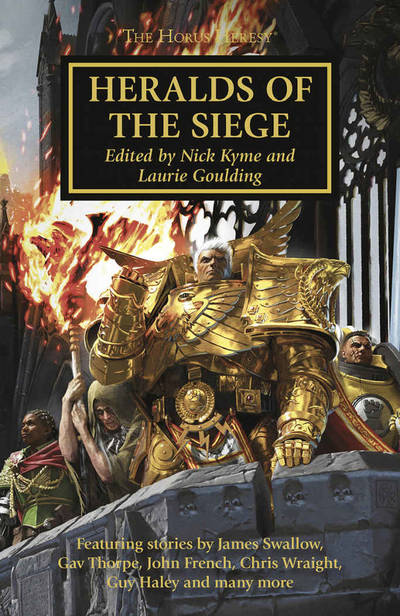 For more than two hundred years, the armies of the Emperor of Mankind fought to reconquer the galaxy – led by the superhuman primarchs, the Space Marine Legions brought countless worlds back under the rule of ancient Terra. Now Horus, once honoured Warmaster and favoured son of the Emperor, has been corrupted by the whispered promises of Chaos. At his command the Imperium is torn apart by a terrible and bloody civil war, the likes of which the galaxy has never seen... As Horus’s rebellion gains momentum, more and more worlds flock to his banner. For some, it is through fear of annihilation; for others, it is out of malicious desire. Any that consider resistance are given one chance to swear fealty. To do anything other is to court disaster and worse. Accazzar-Beta is one such defier, but in bringing this heavily-fortified Mechanicum world to heel, just how far is the Warmaster willing to go and what truly is the meaning of a dark compliance? As two fleets engage across the gulf of the void, Accazzar-Beta will find out.

Following the disastrous invasion of Sotha and the dimming of the Pharos' light, Gendor Skraivok languishes on board the VIII Legion flagship Nightfall. Distrusted by his allies and despised by his rivals, he nonetheless means to claw back leadership of the Night Lords from the pretender Captain Shang, by fair means or foul. And, rather than a portent of doom, the daemonic blade that seems to have chosen him as its bearer may be the answer…

Mars, the Red Planet, home to the Mechanicum, a mysterious cult dedicated to unlocking the secrets of the universe. In this sequel to Cybernetica, a loyalist resistance – made up of rag-tag survivors from Titan crew, enginseers and tech-adepts – conducts guerrilla raids on the Dark Mechanicum forces of Kelbor-Hal. Out in the wastes, they discover a Kastelan robot that carries inside it a rare secret: a technology that has the power to break the stalemate and swing the war in the loyalists’ favour. But what is the cost of deploying such a power? The loyalists now face a hard decision – just because they can, does this mean they should?

On the hive world of Absalom, god-machines go to war: loyalist Titans under the banner of the Fabricator General of Terra clash against the forces of Horus Lupercal, Warmaster and arch-traitor. By the time the Emperor-class Titans of the Legio Castigatra arrive, the Legio Audax, also known as the Ember Wolves, have long been lying in wait for their prey. When a traitor Warhound pack spots the loyalist Titan Tantorus Magnificat striding through the ruins, they know they have found a target worthy of their battle-pack, and eagerly launch their attack. Though their hunt is successful, when the Warhound princeps gather round their downed prey, they discover that their fight is not yet over.

Having long been hounded across the galaxy by the Dark Angels, First Captain Typhon of the Death Guard has limped his fleet to sanctuary in Segmentum Obscurus — as a guest of the separatist Luther of Caliban, no less. On the world of Zaramund, long a symbol of brotherhood amongst the Legions, Typhon begins to suspect that a new form of corruption has followed him out of the wider war. Will he embrace it, or escape into the darkness once more?

Balsar Kurthuri of the Raven Guard has always followed his primarch's orders. When the Edict of Nikaea forbade psykers within the Legions, he returned to the line squads without a second thought. When the Warmaster's treachery became known, he gave freely of his powers. Now, as the war appears to be entering its final, grim stages, at Lord Corax's command he must return to Terra to face judgement for the apparent crime of unswerving loyalty…

Even within the dread annals of the Horus Heresy, few events have provoked as much horror as the dropsite massacre on Isstvan V, when the Space Marines turned on their brothers in an orgy of slaughter. The Legions were torn apart, the civil war spiralling outwards to all corners of the Imperium, shattering the trust that once bound them together. Along with a handful of other renegade Death Guard legionaries, ex-Deathshroud Terminator Sergeant Khorak has begun to raid the fringes of the Imperium — until they are cornered by mysterious warriors in crudely painted black armour, led by another fallen son of Mortarion, the Blackshield Crysos Morturg. Can the two gene-brothers set aside their differences, or is history deemed to repeat itself?

The Thousand Sons sorcerer Revuel Arvida guided his White Scars kinsmen through all the horrors of the ruinstorm, even though the psychic exertion almost killed him. Now on Terra, he clings to life by the merest thread, his body ravaged by the curse of his Legion — the insidious flesh-change. The primarch Jaghatai Khan demands that Arvida be saved, no matter the cost. But even if such a thing were possible, what would remain of his mind and soul?

As Lord Commander Primus, Eidolon leads the Emperor’s Children in the absence of his primarch — who even knows where the daemon prince Fulgrim resides, now? But a challenge from within the Legion forces Eidolon to confront one of his rivals, the ambitious Archorian, a capable officer and tactician who would see the Legion returned to glory. Dissent is unacceptable. It is time for the Kakophoni to be set against their erstwhile brethren.