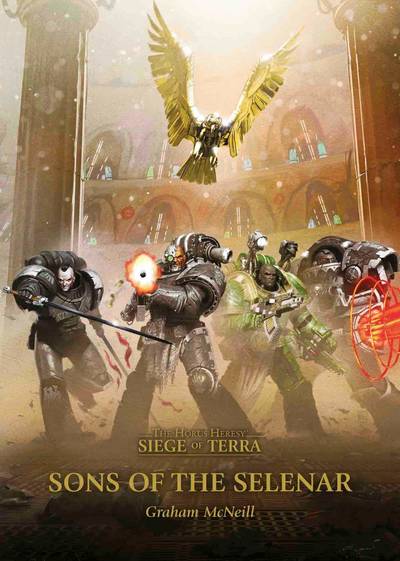 The Shattered Legions crew of the Sisypheum, broken and at the end of their endurance, find themselves divided – torn between following their resurrected captain on a suicidal mission or obeying orders to return to Terra and rejoin their Legion brothers.

Following a series of garbled messages intercepted by the Kryptos, the divided warriors descend to the shattered surface of Luna. Here, their bonds of loyalty, duty, and their devotion to one another will be tested as ancient horrors of the earliest days of gene-manipulation are unleashed, and a long-buried secret is revealed.

A secret that will have far-reaching consequences for the future course of the galaxy, no matter who eventually claims Terra.