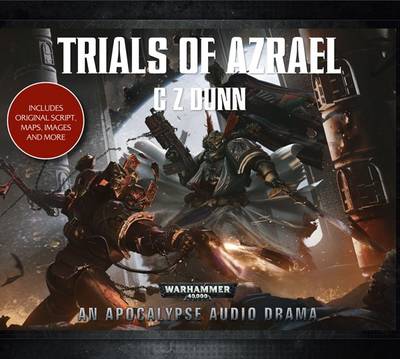 As war rages in the Pandorax system, the Imperial battleship Revenge comes under attack by the dread forces of Chaos. As warriors of the Black Legion rampage through the venerable craft, Supreme Grand Master Azrael leads the First Company of the Dark Angels — the elite Deathwing — onto the vessel to eliminate the enemy. Separated from his men, Azrael finds himself trapped in the lower decks with only a tech-priest for company and one of the galaxy's most fearsome warriors hunting him: the infamous Khârn the Betrayer.