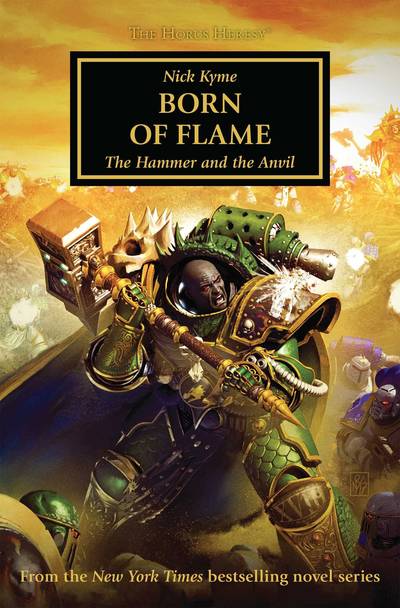 The Hammer and the Anvil Tome 50 Auteur : Nick Kyme

Born of the fiery world of Nocturne, the Salamanders believe in self sacrifice and the sanctity of human life. Their father Vulkan was raised on this world, a blacksmith's son from humble origins who became a primarch of the Emperor of Mankind and forged his sons into a Legion. Their saga is one of heroism, betrayal, tragedy and rebirth. They have returned from the edge of extinction more than once, forever embattled, never bowed, the Legion and their primarch the epitome of defiance in the face of adversity. Unto the anvil, born of flame.

This collection contains the novellas Promethean Sun and Scorched Earth, the novel Sons of the Forge and two connected short stories Artefacts and Immortal Duty.