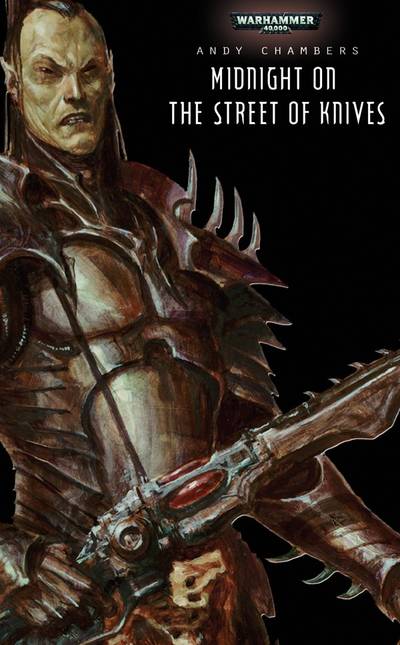 Midnight on the Street of Knives

Xagor is on an errand for his haemonculus master, the delivery of a thoroughly unimportant package and some tremendously important news. A Dysjunction is coming, and Commorragh will be shaken to its very foundations. As Xagor travels the dangerous streets of the dark city, he is sure he is being followed.

Kharbyr has been sent to capture a package. Hunting the servant of a twisted haemonculus through the warrens of Commorragh, he is eager to slip his knife between his prey’s ribs and watch the life flee from him. But the servant is behaving oddly, and Kharbyr suspects that there is more to the other eldar’s task than a simple delivery. A game of cat and mouse can lead to anything. Especially at midnight on the Street of Knives.