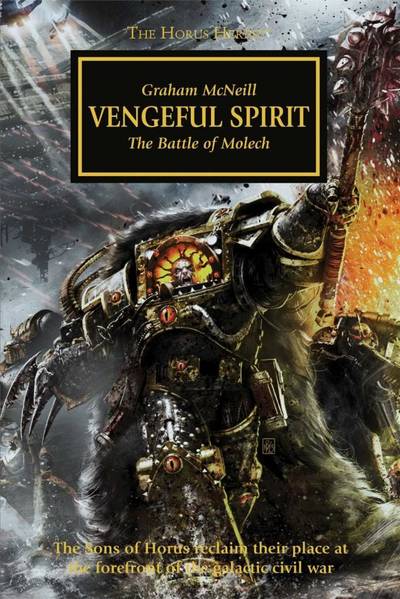 Once the brightest star in the Imperium and always first among his primarch brothers, Horus has dragged the Space Marine Legions into the bloodiest conflict that the galaxy has ever seen. While their allies wage war on a thousand different fronts, the XVIth Legion descend upon the Knight world of Molech — home to the ruling House Devine and a principal stronghold of the Imperial Army. The forces loyal to the Emperor stand ready to defy the Warmaster, but just what could have drawn Horus to attack such a well-defended planet, and what might he be willing to sacrifice to fulfil his own dark destiny ?