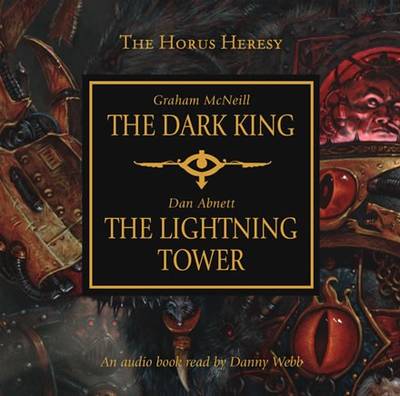 The Dark King & The Lightning Tower

The Dark King by Graham McNeill The acts of terror and warmongering by Konrad Curze, Primarch of the Night Lords Legion, have earned the ire of his brother primarch, Rogal Dorn. Wracked by terrible visions of the future, Curze is driven insane and attacks Dorn, setting the Night Lord on an inexorable course towards eternal damnation.

The Lightning Tower by Dan Abnett Rogal Dorn, Primarch of the Imperial Fists Legion, faces a stark reality — he must tear down the magnificence of the Emperor's Palace, a shining beacon in a galaxy of darkness, and turn it into a fortress. With the army of Horus drawing ever closer, as he blights the Palace with gunports and defence towers, Dorn must face a difficult question: "What are you afraid of?"