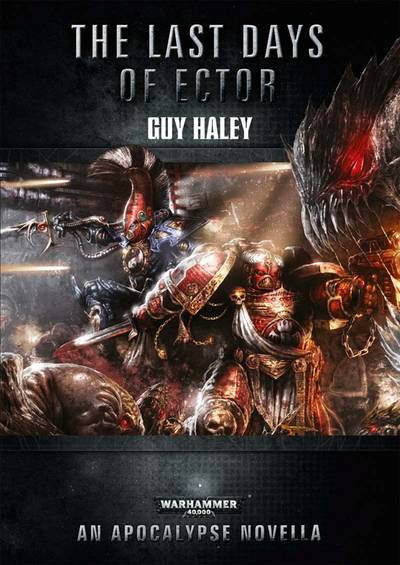 The Last Days of Ector

Hive Fleet Leviathan – billions upon billions of ravenous creatures intent on devouring every scrap of life in the galaxy. In its path is the Valedor system, five Imperial worlds zealously guarded by the Crimson Castellans Space Marines Chapter. As the planets are razed one by one, only Ector remains defiant. Faced with foes beyond number, the Crimson Castellans are confronted with an impossible dilemma – fight to the last as honour demands, or retreat to safeguard the future of their Chapter.