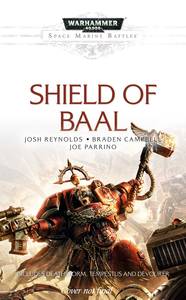 The Blood Angels Space Marines must defend their home world from the ravenous threat of the tyranid Hive Fleet Leviathan. A tendril of Hive Fleet Leviathan has reached the Cryptus shieldworlds. The Imperium musters its strength, for the aliens must be stopped here, as next in the hive fleet’s path is the home world of the Blood Angels Space Marines, Baal itself. Many are the battlefields and the price of victory is steep… On Phodia, the sons of Sanguinius give battle to the dreaded Spawn of Cryptus. At Lysios, the Adepta Sororitas and Tempestus Scions hold the line against Leviathan. Far fr... 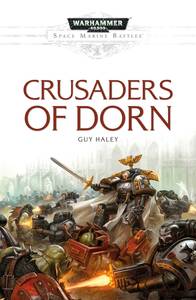 The Space Marines of the Black Templars are valiant warrior-knights who fall upon their foes in a storm of bolts and blades. They are the pious champions of the Emperor and the fanatical devotion of their battle-brothers has driven them to deliver righteous retribution against every traitor, alien and daemonic abomination to have been foolish enough to face them. 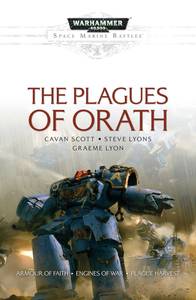 The Ultramarines battle the traitorous Death Guard on the plague-ridden world of Orath.