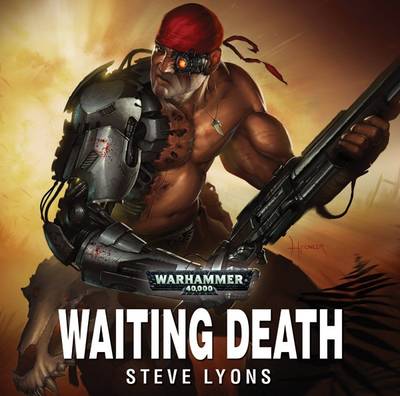 A legend amongst his own Catachan regiment, Colonel 'Iron Hand' Straken is the embodiment of the Imperial Guard hero, so much so that he literally puts his body on the line in the name of the Emperor every time he goes into battle. Borealis Four has fallen under the sway of an insidious Chaos cult and its dense jungle terrain makes it the ideal battlefield for Straken and his platoon. After a particularly fierce firefight, the Catachans find themselves cut off from the rest of the Imperium forces and must seek refuge in a native village. Before long, troopers being to hallucinate and warp-born horrors lay siege to the village. Even Straken himself falls under the sway of the Dark Powers. Can he break the psychic grip in time to save his men or will Borealis Four be Straken's last stand?