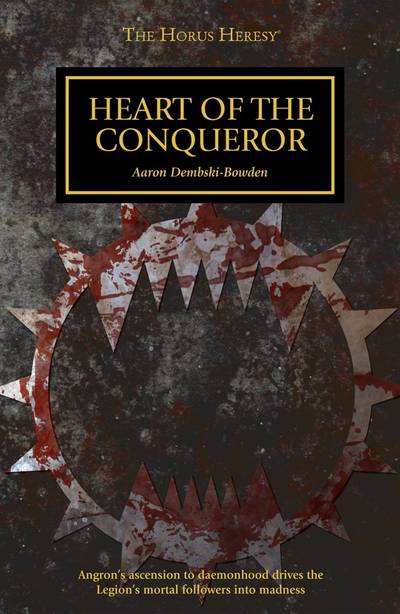 Heart of the Conqueror

The Navigator Nisha Andrasta has served the XIIth Legion for over a century. She saw the War Hounds reunited with their progenitor, Lord Angron. She witnessed the rebirth of the Legion as the World Eaters. She looked on in confusion and horror as the primarch joined Horus’s rebellion, and now she has seen him betrayed by Lorgar Aurelian, becoming the maddened monster he was always destined to be. Now, as the character of the XIIth changes along with their father, what course of action yet remains to this loyal daughter of Terra?