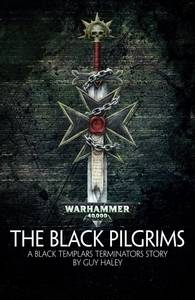 When the vessel once known as the pilgrim ship Veritas Diras emerges from the warp after three centuries lost, it falls to Black Templars Castellan Adelard and his sword brothers to board the hulk and discover the fate of its crew and passengers. What they find goes against all that they hold dear and they vow to cleanse the vessel of its monstrous taint and return it to the Emperor’s light – or die in the process. 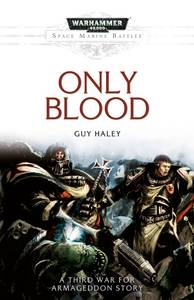 Sword Brother Brusc of the Black Templars clashes with his superiors and his warriors when he defies orders to abandon an Adepta Sororitas field hospital on Armageddon and instead devotes his forces to defending the sisters and patients who reside there against the depredations of the savage orks. 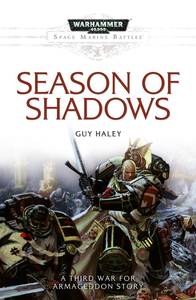 On the war-torn world of Armageddon, the Season of Fire is abating and the Season of Shadows beginning, and Marshal Brusc of the Black Templars faces a long journey across the ash wastes. But the enemy awaits even in the great and deadly expanse between hives and soon the Black Templars and their human charges find themselves assailed by ork ‘speed freaks’. A deadly chase begins…