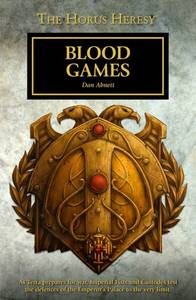 Amon Tauromachian, one of the Emperor’s elite Custodian Guard, returns to the Imperial Palace after a year on one of the Blood Games by which these exalted heroes train. Tasked with a new mission, he is sent to the hives of Hy Brasil to check on the loyalty of a notorious troublemaker. With the galaxy at war and half the Imperium’s armies in rebellion, any hint of heresy on the Throneworld must be stamped out. Amon’s mission draws him into a web of deceit and betrayal, where no one can be trusted and nothing is at it seems. Can he unravel the truth and secure Terra for the Emperor?. 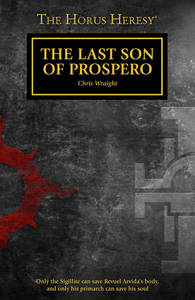 The Last Son of Prospero

Only the Sigillite can save Revuel Arvida's Body, and only his Primarch can save his soul

The Thousand Sons sorcerer Revuel Arvida guided his White Scars kinsmen through all the horrors of the ruinstorm, even though the psychic exertion almost killed him. Now on Terra, he clings to life by the merest thread, his body ravaged by the curse of his Legion — the insidious flesh-change. The primarch Jaghatai Khan demands that Arvida be saved, no matter the cost. But even if such a thing were possible, what would remain of his mind and soul?. 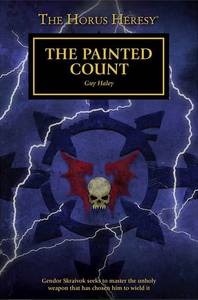 Following the disastrous invasion of Sotha and the dimming of the Pharos' light, Gendor Skraivok languishes on board the VIII Legion flagship Nightfall. Distrusted by his allies and despised by his rivals, he nonetheless means to claw back leadership of the Night Lords from the pretender Captain Shang, by fair means or foul. And, rather than a portent of doom, the daemonic blade that seems to have chosen him as its bearer may be the answer…. 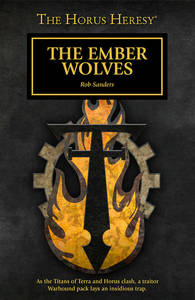 On the hive world of Absalom, god-machines go to war: loyalist Titans under the banner of the Fabricator General of Terra clash against the forces of Horus Lupercal, Warmaster and arch-traitor. By the time the Emperor-class Titans of the Legio Castigatra arrive, the Legio Audax, also known as the Ember Wolves, have long been lying in wait for their prey. When a traitor Warhound pack spots the loyalist Titan Tantorus Magnificat striding through the ruins, they know they have found a target worthy of their battle-pack, and eagerly launch their attack. Though their hunt is successful, when the... 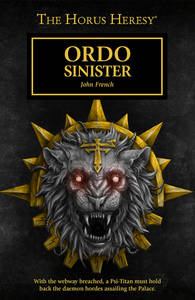 The webway – a bizarre alien landscape created by the eldar in ages long past; a network of otherworldly tunnels that burrow through time and space. When the wards protecting the webway are accidentally breached by the primarch Magnus, hordes of daemons are able to exploit this weakness to attack the heart of Terra directly. While the Emperor himself tries to hold the wards in place, a desperate battle takes place in the webway itself – a battle that requires very special combatants – among them the Psi-Titan Borealis Thoon. 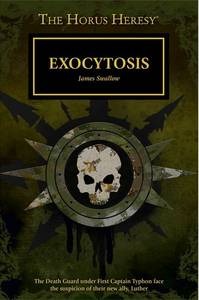 Having long been hounded across the galaxy by the Dark Angels, First Captain Typhon of the Death Guard has limped his fleet to sanctuary in Segmentum Obscurus — as a guest of the separatist Luther of Caliban, no less. On the world of Zaramund, long a symbol of brotherhood amongst the Legions, Typhon begins to suspect that a new form of corruption has followed him out of the wider war. Will he embrace it, or escape into the darkness once more?. 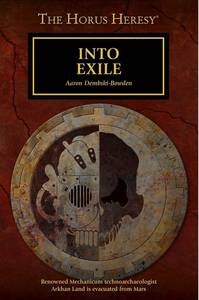 When the traitorous allies of Horus and Kelbor-Hal seized Mars, they sent elite hunters to apprehend key targets and ensure that any loyal resistance would fail. One such target was the legendary technoarchaeologist Arkhan Land, the discoverer of many lost treasures and curiosities from mankind's Golden Age — and the Imperial Fists cannot allow such a valuable mind to fall into the hands of the enemy. Does Land have good reason to fear his apparent saviours?. 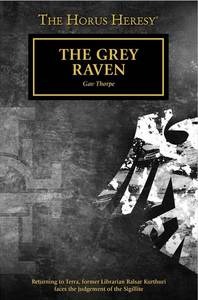 Balsar Kurthuri of the Raven Guard has always followed his primarch's orders. When the Edict of Nikaea forbade psykers within the Legions, he returned to the line squads without a second thought. When the Warmaster's treachery became known, he gave freely of his powers. Now, as the war appears to be entering its final, grim stages, at Lord Corax's command he must return to Terra to face judgement for the apparent crime of unswerving loyalty…. 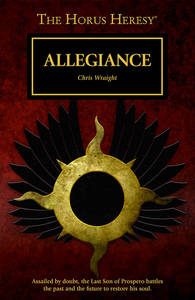 After the Second Battle of Prospero, the White Scars carry a lone sorcerer with them – Revuel Arvida, only survivor of the Wolf King’s wrath. Guided by the Stormseer Yesugei, he recovers his esoteric powers, as well as reliving memories of a world turned to ashes. But the sons of Chogoris are wounded too, riven by the treachery that almost destroyed them. As the Khan delivers his painful judgement on those of his warriors who swore the fateful blood oath, Arvida too must decide where his true allegiance lies – to those who saved him from oblivion, or to the lost legacy of his own primarch. 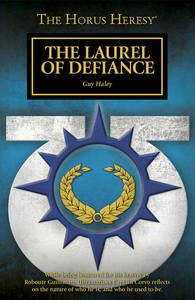 The Laurel of Defiance

The horrors of the Shadow Crusade are over – the Word Bearers and their World Eaters allies have been driven back, and peace restored to Ultramar. But a new danger has arisen – a political one, as Primarch Guilliman and his brothers have declared themselves rulers of a new Imperium. Lucretius Corvo, Ultramarines captain and survivor of many battles, is unsure. But he is to be honoured by the primarchs with the Laurel of Defiance for his heroism, and it would be foolish to voice his doubts in such a time….