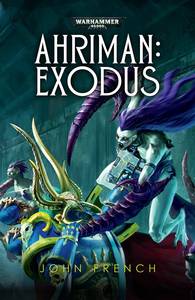 Ahriman, exiled sorcerer lord of the Thousand Sons, has many servants who do his bidding. Each has a tale to tell, but few as compelling as that of Ctesias the twice-dead, summoner of daemons. From an encounter with the mysterious Dead Oracle to the perils of the Hounds and Wrath and navigating the Gates of Ruin, Ctesias is a vital link in Ahriman’s grand plan. This is Ctesias’ tale, in his own words, of his trials and the great and terrible deeds he has performed in his master’s name. This is the chronicle of his path to damnation as he leads Ahriman to his exodus from the Eye of Terror. 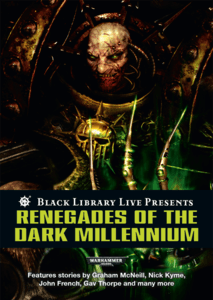 Renegades of The Dark Millennium

To celebrate the fifth anniversary of Black LIbrary's seminal event, we have put together an anthology of stories by some of our most popular authors from the past five years.